The ‘Specialist Practice’ unit challenged me to find a way to harness social media to bridge a societal divide by supporting social connection, collective actions and reducing polarisation. The issue I focused on was the divide between the Bulgarian government and Bulgarian citizens which led to mass protests and conflict escalations in 2020. After in-depth analysis of the issue, my aim was clear - using social media to help people shift their focus from the negative to the positive and to what all people have in common, while guiding them to engage in politics in a more meaningful and peaceful way than protests. 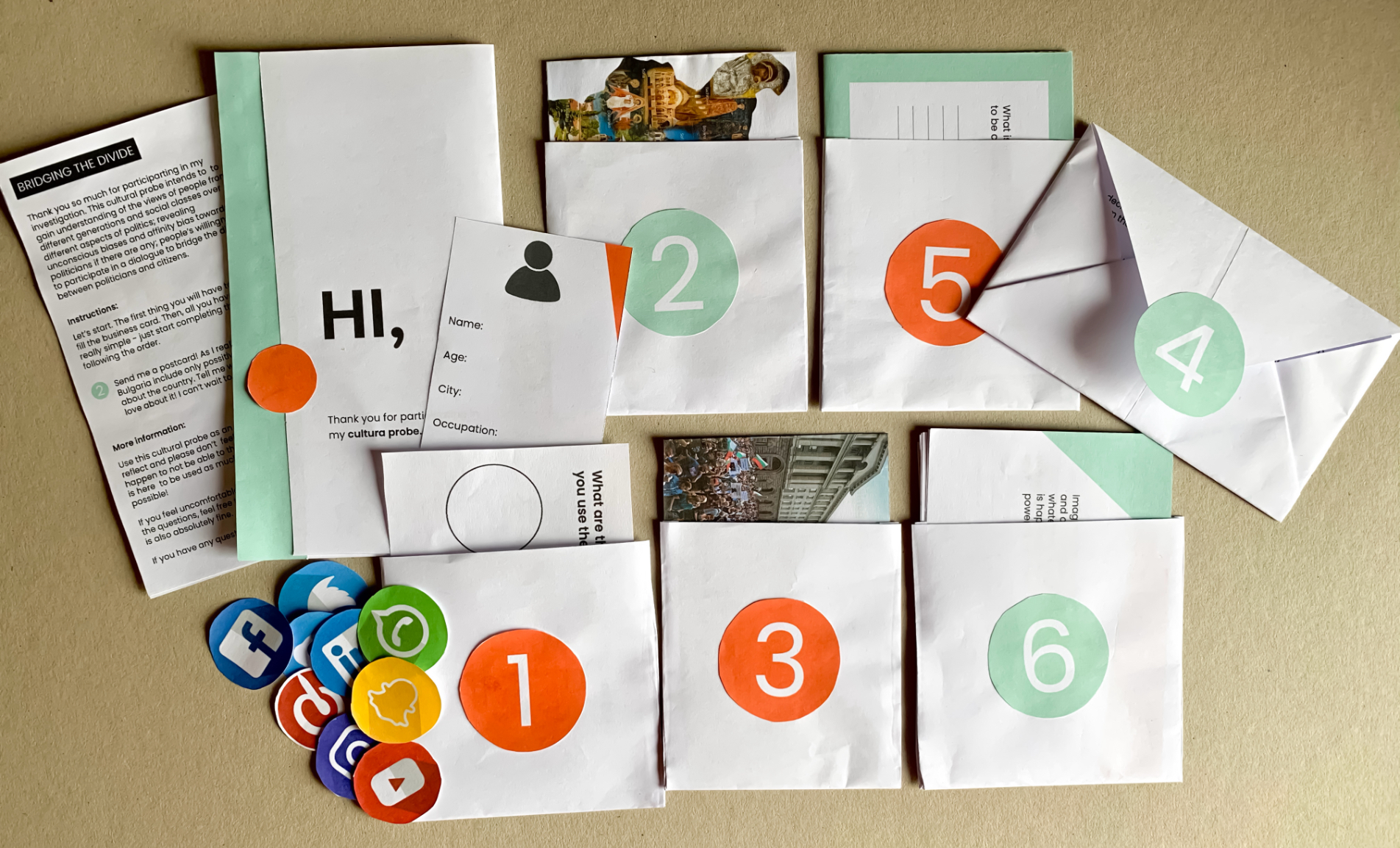 After identifying my hypothesis, I wanted to gain further insights from the public. I was aware that people sometimes find it hard to open up and talk freely about the problems they are experiencing and their political position. That’s why I have created a cultural probe with the aim to inspire ideas in a design process, reveal behaviour patterns and to give me more understanding of the issue. With the help of the probe, I discovered the most used social media platforms in Bulgaria, the issues citizens have with the government, their level of engagement and what people love about the country (e.g. where they find positivity).

Following the results of the probe and information I found online, I created six user profiles based on identified viewpoints and actions. Although all of them were different in terms of their political viewpoint, they all had one thing in common - their love to Bulgarian traditions and folklore. 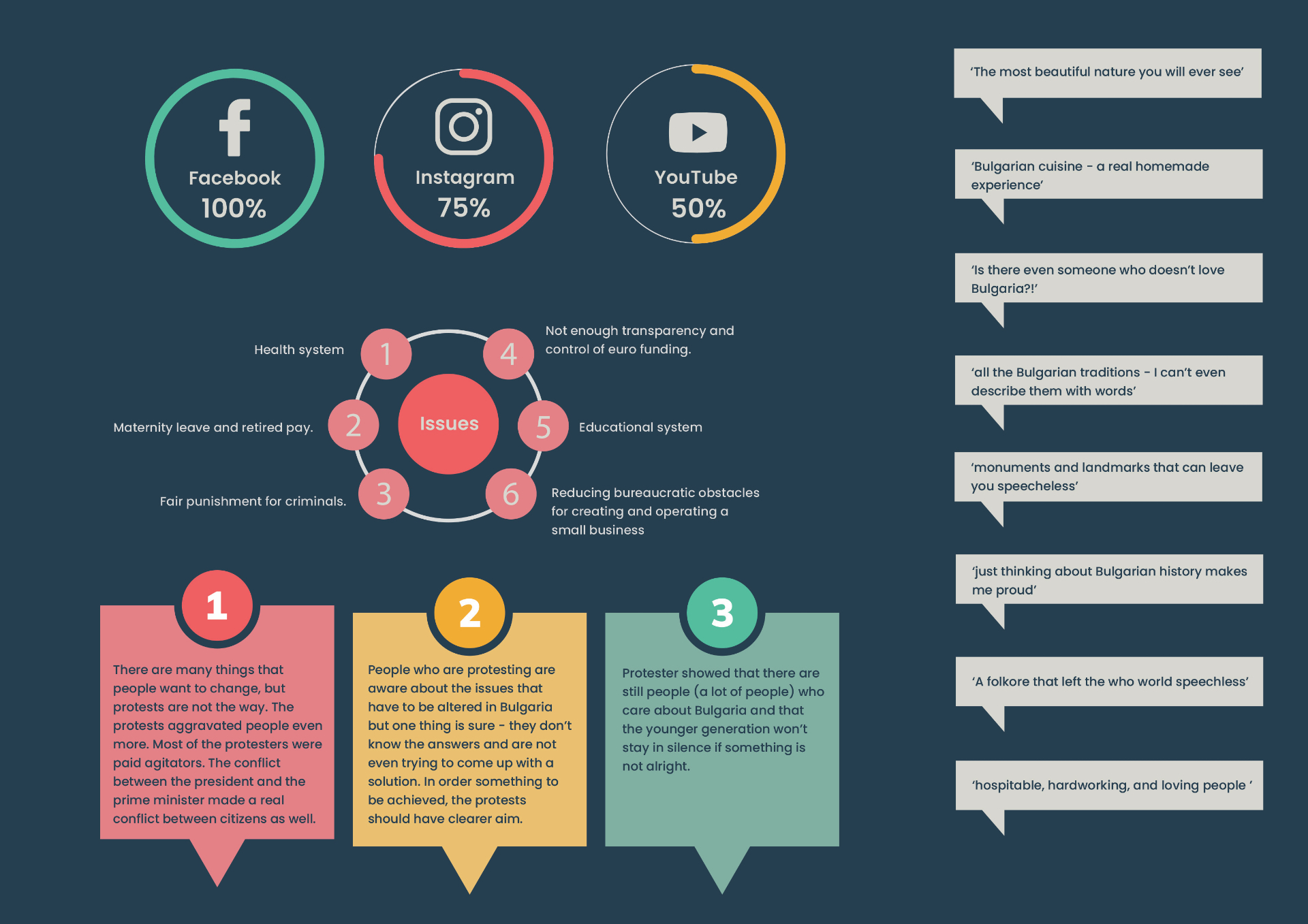 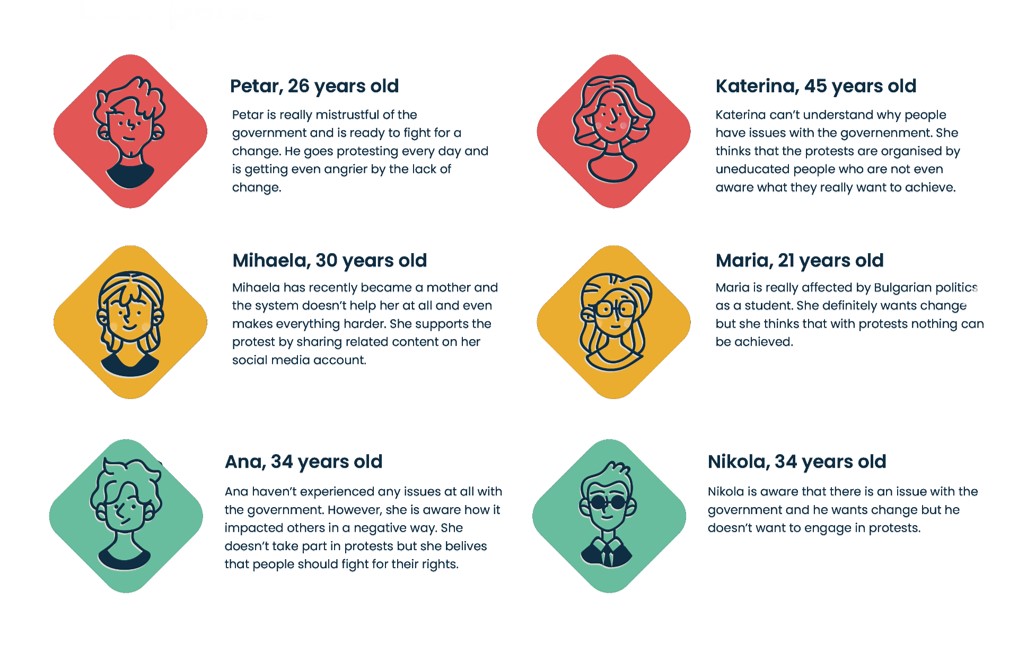 The aim of the visual identity was to make people focus on their common ground and Bulgarian folklore, so it adopted the visual style of shevitsa design (widely-known Bulgarian embroidery). Shevitsa is not just use for beautiful decoration but also serves as a narrative, a symbol of status and provides coded information. The position of triangles, rhombus and other basic shapes, and how they slot together, can tell different messages and represent ideals.

The campaign components include a playful colour palette which is a combination of different embroideries, a font which resembles traditional Bulgarian letters and a campaign message using prefix RE (PRE in Bulgarian) meaning again, back, indicating repetition showing that Bulgarians can achieve the change they are aiming for but in a different way than protests. A way that involves Re:Connecting, Re:Creating, Re:Discovering, Re:Acting, Re:Uniting and Re:Engaging.

I planned the way of accomplishing the desired change in behaviour based on the Stages of Change Model where it focuses initially on targeting user’s problem and disagreement by raising awareness, then presenting a place for engagement, maintenance of the change and advocacy.

To begin with, the initial step of the campaign will involve interactive installations across major Bulgarian cities where everyone will be encouraged to participate and contribute. People will take a random note from a machine and will be able to complete a sentence about Bulgaria. The installation will enable people see what other wrote and to understand the importance of speaking and listening. The installation will also act as a tool to promote the new Facebook page and to engage with those who are not active social media users. 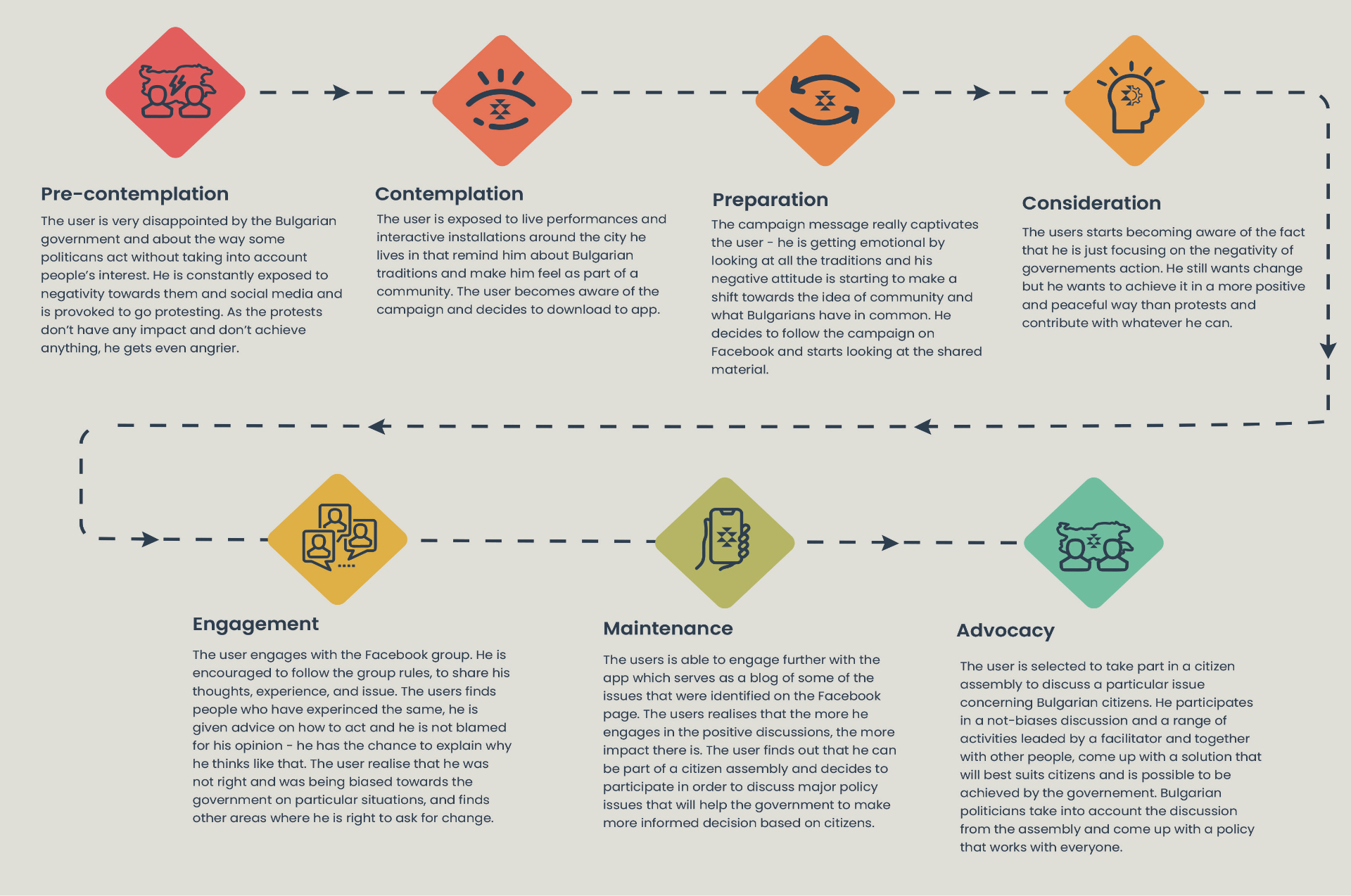 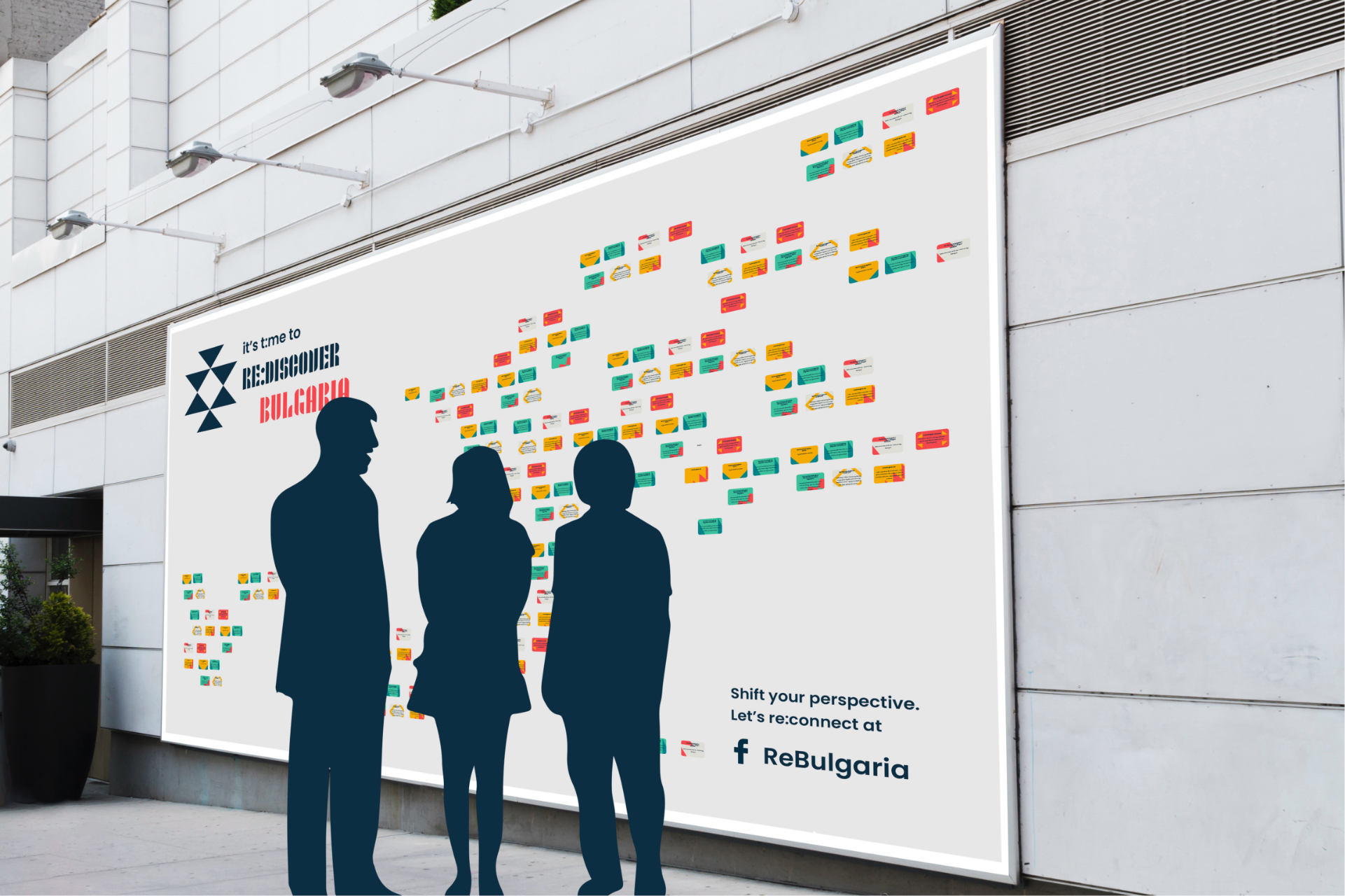 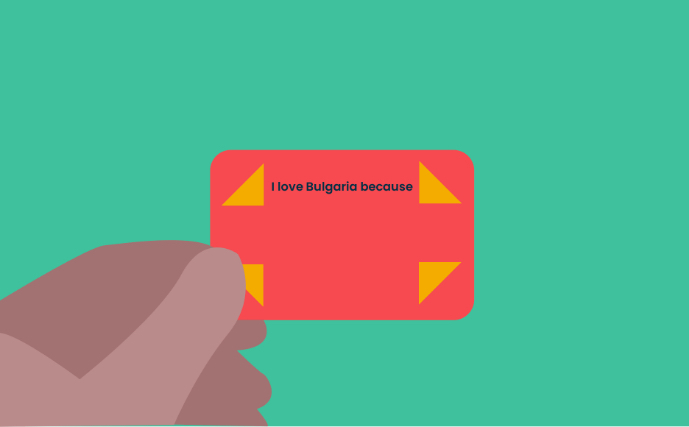 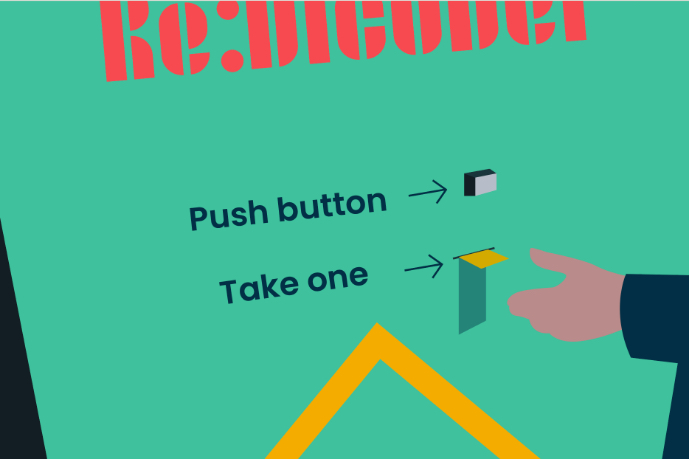 Part of the change

People will have the opportunity to show that they are part of the campaign and embrace the fact they are actively engaging in the change by owning a phone case, tote bag or simply re-sharing the colorful posts on their social media accounts. 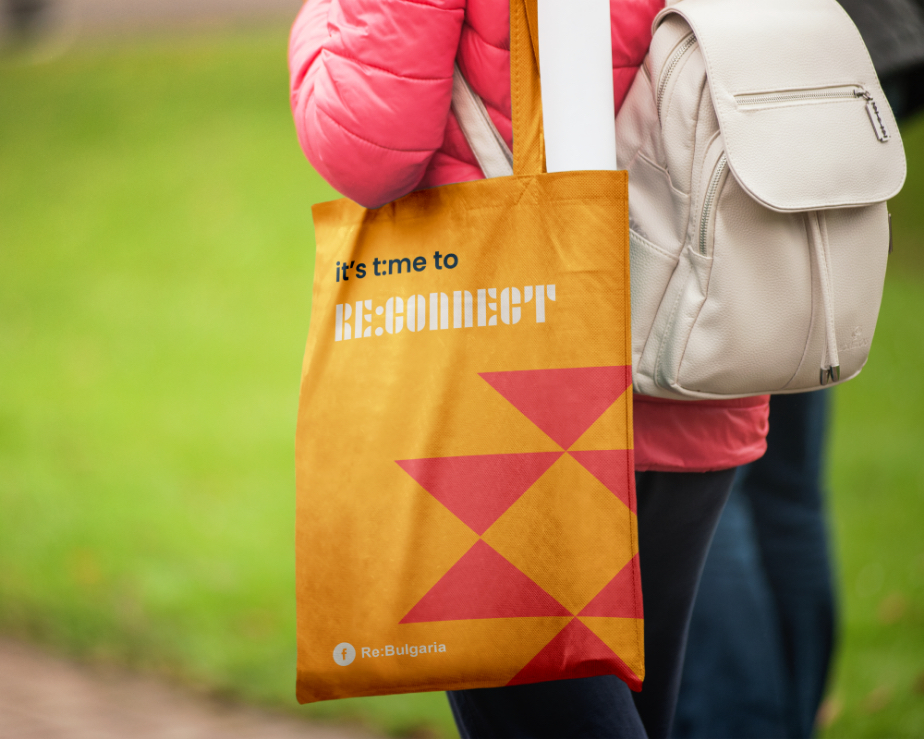 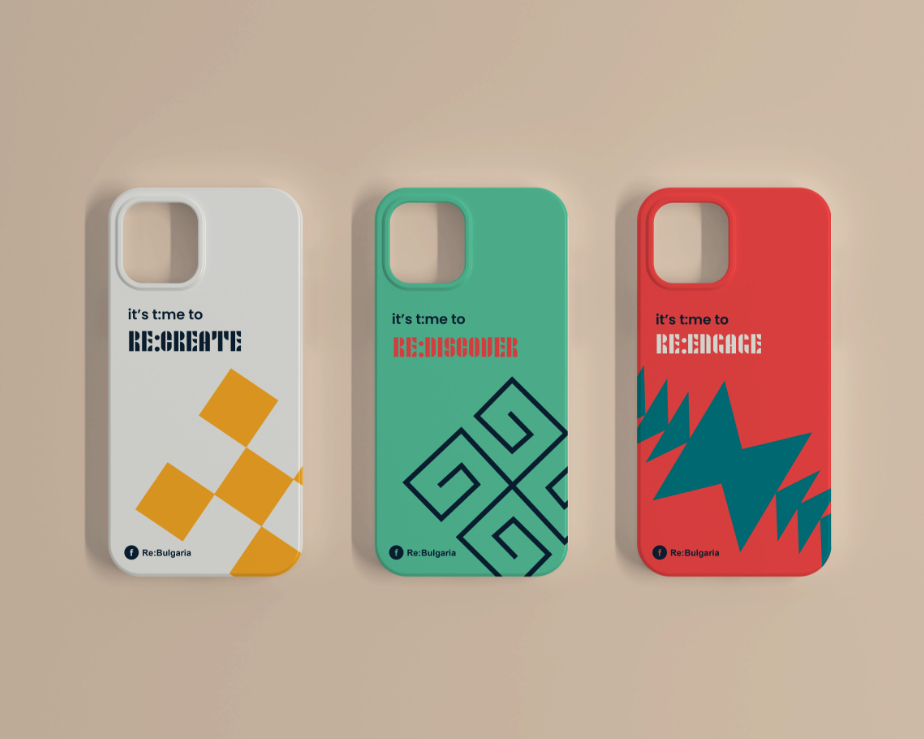 Facebook will be transformed into a place which puts traditions in the centre and focuses on engaging people to shift their perspective with the use of visual content. On a later stage, the Facebook group will be promoted to people who want to engage further.

The second stage is active engagement achieved by a Facebook group hosted by the Re:Bulgaria Facebook page. It will serve as a platform for people who want to engage further in discussions by attracting a highly targeted audience in order to build a community. All actions and activities will be guided by rules, facilitators and moderators. Users will be able to take part in polls, raise topics and questions, create and participate in posts.

In order to maintain the achieved change and the new mindset, citizens’ assemblies will be organised in order to provide an opportunity for lively, informed and considered discussion among members of the public about issues concerning Bulgaria. The topics and questions for the assembly will be identified by moderators in the Facebook group so this will provide further stimulation for people to engage more. The assembly will be divided into three main stages – Learning, Deliberation and Decision- Making. The outcome will help politicians and people in power to make more informed decisions by taking into account people’s needs and opinion. This will help to bridge the divide between the government and citizens in Bulgaria and by enabling people to engage, politics will become more transparent. 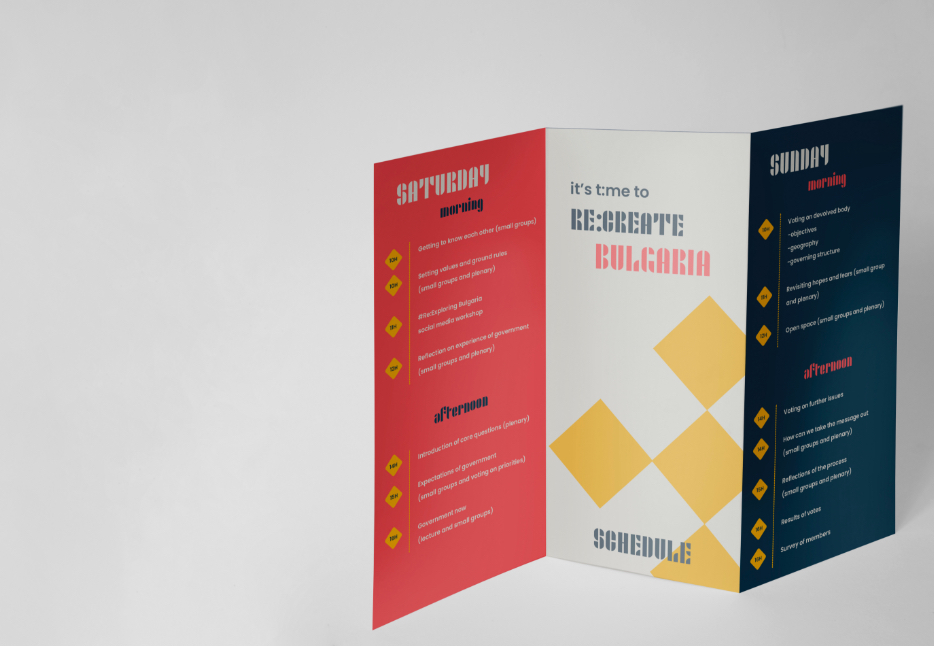 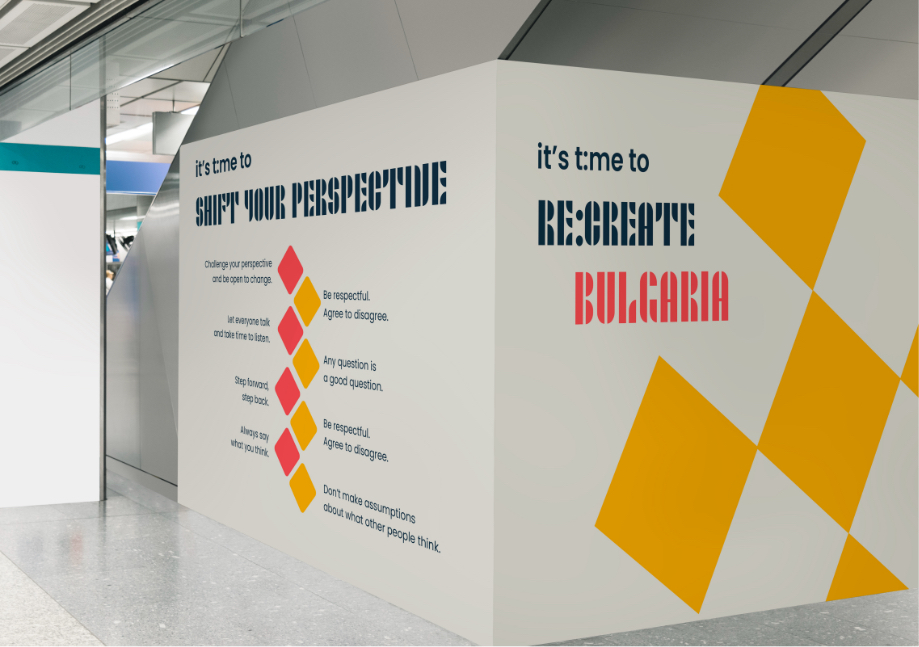 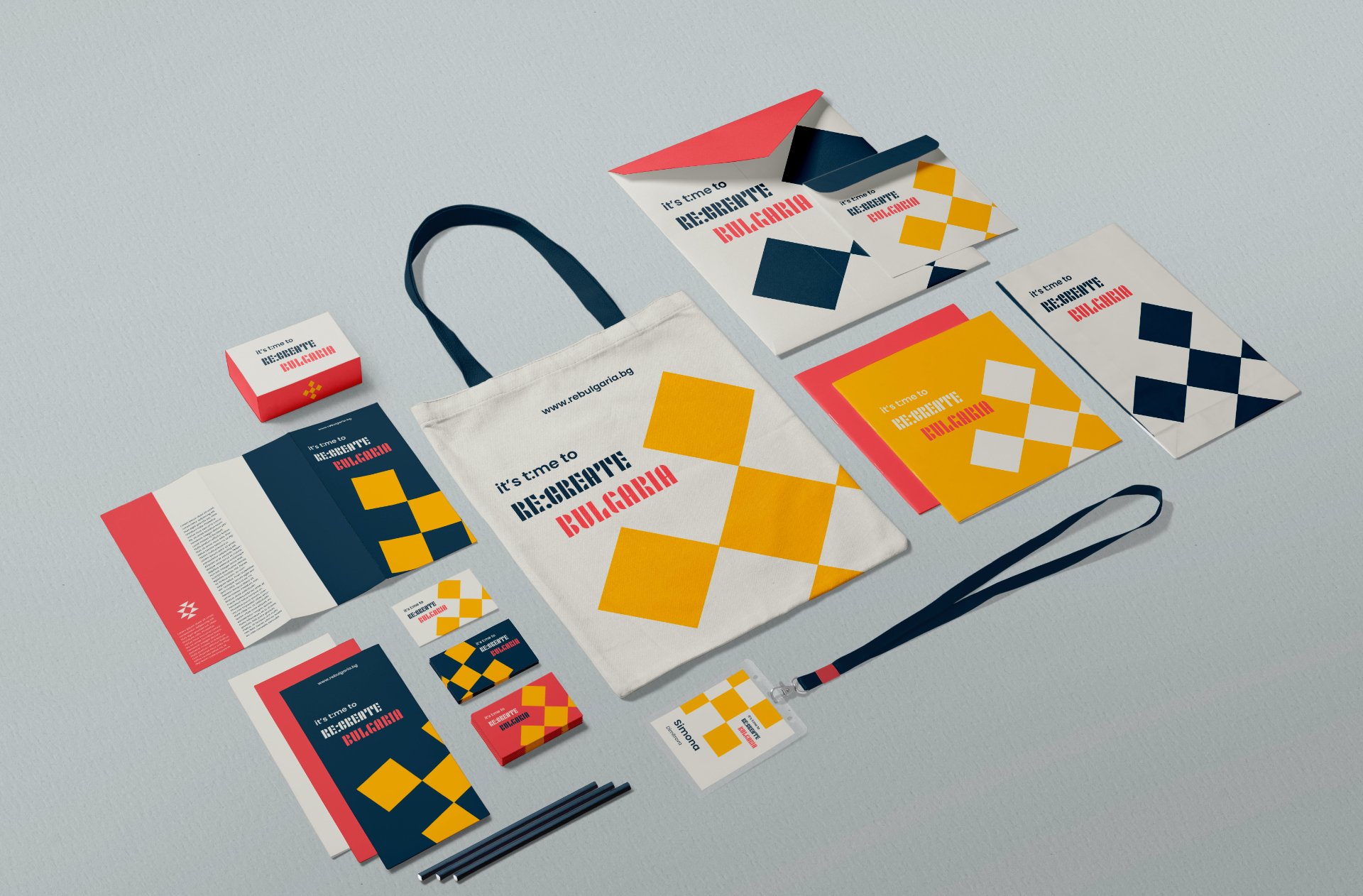 In order to make it easier for users who want to participate in the assembly or just want to learn more, I designed a really simple to work with app which will allow people to see any open assemblies, blog about previous events, values and rules. For the assembly, people can submit evidence, nominate speakers, look at the facts and figures about the issue and for full transparency – all the documentation. In order to engage people on social media even more, all assemblies will be broadcasted to the Facebook group so people who are interested can see all the talks and presentations, how the decision was made and to state their opinion in the comments section. 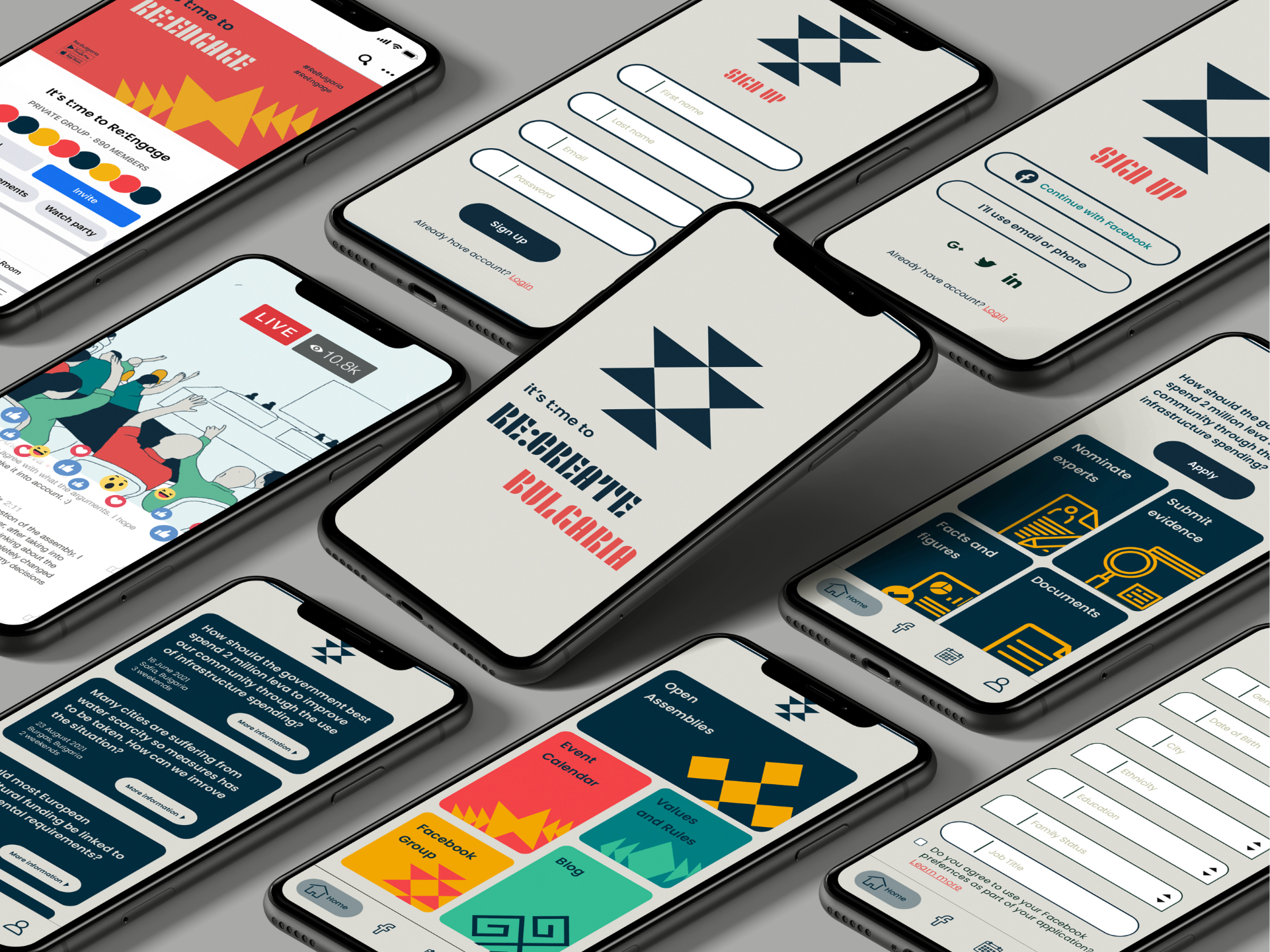 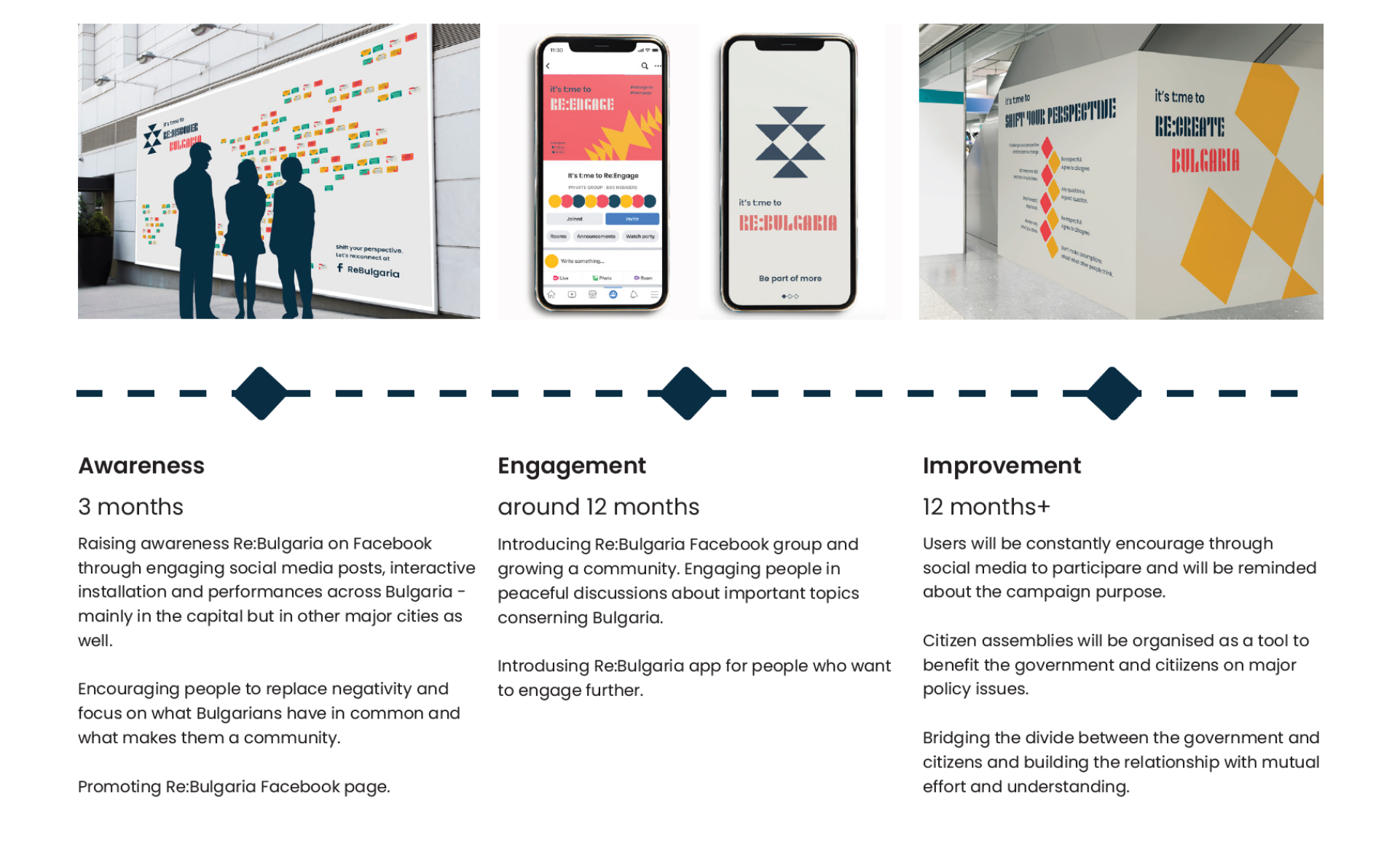 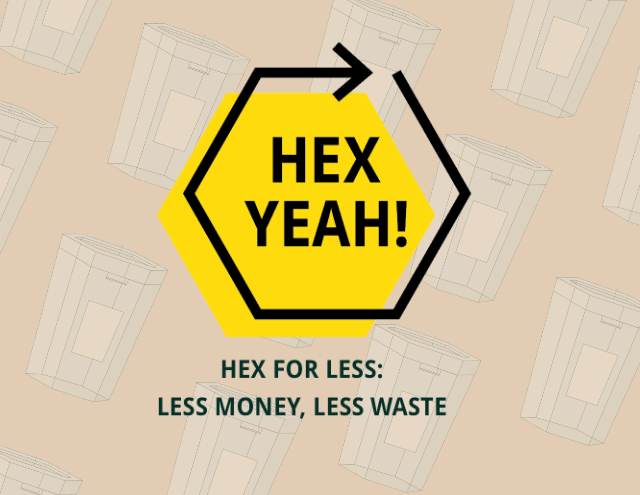 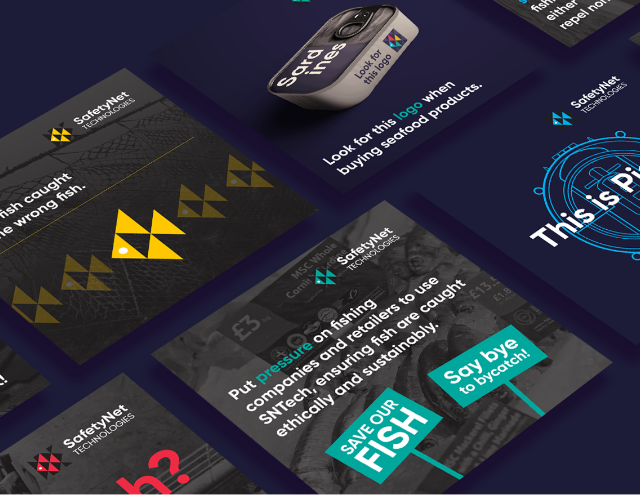